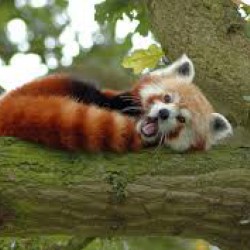 I expected the ending of The Hunger Games Mockingjay to be predictable and go along with the plan the author had stated to kill President Snow. But when I got to the last two chapters there was a big twist that surprised me. Instead of killing President Snow like Katniss was told to do, Katniss decided to kill President Coin due to her future plans. This ending was  unpredictable and caught me by surprise, but I enjoyed it. 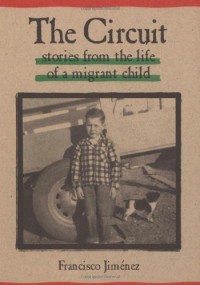 After reading The Circuit I believe the author Francisco Jiménez, wanted the readers to learn about the obstacles and troubles that migrant families and children face. He stated his point throughout the whole book and when he wrote about how the main character, Panchito, had to work in the fields, care for his family at a young age, and go to school when he didn't know a word of English. I also feel that the author wanted to inform people that despite being born in poverty, you can still succeed and live a successful life. The author informed the readers about this when Panchito was doing well in school and when his older brother had a job in town rather than working in the fields.

The character reminds me of myself when I don’t understand my homework or classwork. I was reminded of this when Panchito didn’t understand English and he failed first grade. Panchito also reminded me about the times my little sisters take something from me after I tell them not to touch or take anything from my room. He reminded me of this problem when his little sister took his penies from his penny collection and used them to buy gumballs. Panchito got as upset as I do when my little sisters disobey me. I know my problems aren’t as big as a struggle his were for him but he reflects what happens to me all the time.

After reading a few chapters I started liking the book around the chapter Miracle in Tent City when Panchito’s younger brother got sick and was in the hospital for a great amount of time. I started to like the book at this point because I felt sorry about what Panchito’s family was going through. I wanted to keep reading to see if Panchito’s younger brother ever made it home from the hospital. As I kept reading, the story got better and more interesting. I believe Francisco Jiménez did a wonderful job and opened readers eyes to the obstacles and  poverty migrant families face. 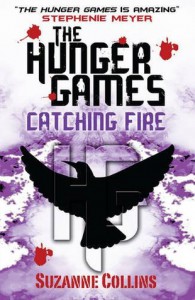 In the novel, Catching Fire, the two most important main characters are, Katniss Everdeen and Peeta Mellark. Katniss and Peeta are both Hunger Games victors that live in District 12. Katniss is a proactive teenager that spends most her time in the woods or outside. Peeta is a kind teenager that is the son of the baker. I like Peeta because he is kind and cares about Katniss. But I admire Katniss because she is tough and doesn't let her personal problems bother her as much as they would bother me.

Catching Fire is a fantastic novel full of adventure and suspense. The novel tells about Katniss and Peeta who are both sent back into the arena after being granted freedom. During the games Katniss and Peeta gain allies that help them stay alive and learn about the arena. Towards the end of there death trip to the arena, a plan backfires and it acts as a defiance to the Capitol and gives the rebels a reason to start a rebellion.

After reading Catching fire I learned that one small action can cause something big, even if it was a mistake. I learned this when Katniss accidentally defied the capital to carry out one of her allies' plan. When Katniss did this she had no idea what it would do. After seeing this take place in the novel, I know that I better be careful about what I do or say.

I would recomend this novel to readers who enjoy adventure, surprises, and suspense because this novel includes all of that. In my opinion I think Suzanne Collins did an amazing job on Catching Fire. Usually sequals aren't as good as the first book, but Suzanne Collins proved this wrong.